Tech startup: why does it matter?

With all the recent fanfare over the tech startup scene in Thailand and around the region, we can 't help wonder what the big deal is about tech startups, and why does it matter to Thailand anyway? 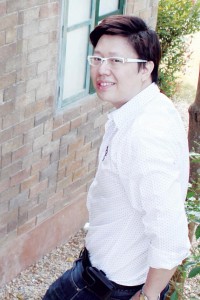 The allure of becoming famous and filthy rich like the founders of Facebook and Instagram attracts many great minds into this. In addition, the possibility of working to create new things that become part of people's lives like Apple products is also very attractive to many people.

Even though the above reasons are good enough, I believe there is another good reason. Tech startup is one of the ways to kick-start a tech industry in Thailand.

The tech industry's core assets are people who drive the creation of systems that power the modern society in everyday life (Facebook, Google, iPad) and in the workplace (Windows, Office, Google Docs). Because of this, the tech industry usually provides well-paying jobs to people because they are the core assets. I believe that tech industry is the key to transforming Thailand into a more equitable society.

We have relied too much on agriculture, tourism and manufacturing, which only benefit those who own assets like farmlands, hotels, resorts, and plants. In the tech industry, it is the people who possess the knowledge that benefit the most. One only needs a computer and Internet connection to participate and earn a good living in this knowledge-based industry.

No need for the old boys network or family inheritance.

Tech industries in many countries are started by the government.

In the US, government funding of radio and military technology was the starting point of the Silicon Valley. The governments of Israel, Korea and Japan are all credited for the success of their tech industries.

The Thai tech industry is unlikely to follow the above examples because we have public/private collaboration issues. For right or wrong reasons, government officials' main concern is not how to best support private companies but how to avoid being taken advantage of by them. Telecom industry's 3G debacle is a case in point.

There is a lot of technical work undertaken by or funded by the government which fail to become commercial products because it is difficult to strike a deal that is a win-win without being vetoed for giving undue benefits to private companies.

This leaves tech startups as one of the remaining alternatives to jump-start the tech industry in Thailand. The model is to create tech startups with owners' money, then attract venture capital funding to help grow them into mature companies that can propel the industry into the future.

That is, in my opinion, the major reason why we should pay attention and make sure tech startup activities in Thailand will be alive and well.

Jay Jootar is the founder and CEO of Venture Catalyst (the VC group). An MIT graduate, he is a tech entrepreneur and investor.

Article on The Nation